Gas for Climate fully supports the increased EU’s 2030 emission reduction target of 55%, consortium members are ready to play their part – An Interview with Marie-Claire Aoun, chair of Gas for Climate 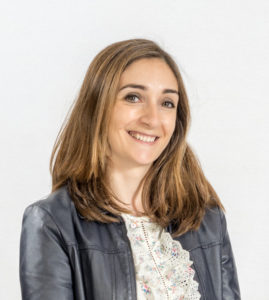 and transforming the EU 2050 climate neutrality promise into a binding obligation, a significant step in accelerating the energy transition has been made”, says Marie-Claire Aoun, chair of Gas for Climate and Head of Institutional Relations at Teréga. “Gas for Climate fully supports the increased ambition level and the consortium members are ready to play their part”.

Why was Gas for Climate founded and what has been its impact so far?
Gas for Climate was founded in 2017, the initiative gathers today 11 European TSOs and 2 renewable gas industry associations around the vision that gas infrastructures are crucial to reach carbon neutrality in 2050 at the lowest costs for society. With the support of Guidehouse, Gas for Climate published several studies these last years showing that a smart combination of electricity and gas in an integrated energy system can help to deliver an affordable transition to reach climate neutrality.

Our study published in 2018 and updated in 2019 demonstrated that using higher volumes of renewable gas (2 900 TWh), coupled with a large hydrogen supply and demand for energy could save society around EUR 217 billion per year across the energy system by 2050 compared to a scenario where the share of gas is minimal. This integrated approach of the energy system received wide attention in the European landscape, as it considered the economic and societal costs of the energy transition, an aspect often neglected in the debates.

In the same manner, we also analysed the link between our energy choices and the resilience of the EU industry. Our 2019 study on employment has shown that scaling up renewable gas could generate up to 2.4 million jobs by 2050. Our 2020 European Hydrogen Backbone (EHB) report, describing a hydrogen infrastructure network connecting 10 European countries in 2040 was the result of intense cross-border cooperation between the TSOs. We are very pleased to see the strong interest shown by policymakers and many stakeholders in this study.
The objective of the consortium has always been to provide policy-makers with robust analysis based on economic and technical assessments and provide policy recommendations. We are happy that Gas for Climate is considered now as a key contributor to the discussions on energy transition in Europe.

What’s next for the consortium? Any upcoming new studies or initiatives?
In Europe, the pandemic is seen as a premise of the climate crisis and has highlighted the need to accelerate the energy transition. The European Commission is strongly working on delivering the Green Deal objectives and many Member States placed hydrogen as a crucial pillar in national recovery plans. Gas for Climate supports the new EU Climate Law, increasing the EU’s 2030 emission reduction target from 40% to at least 55% and transforming the EU’s 2050 climate neutrality promise into a binding obligation. This increased target is a significant step in accelerating the energy transition. With this political momentum on hydrogen, and building on the success of the 2020 vision, the EHB has now expanded to 40,000 km of pipelines connecting a total of 21 European countries by 2040. The interest in this work by EU stakeholders is still growing and we are very proud to be at the origin of this initiative.

To make the hydrogen backbone becoming a reality, a regulatory system fit for hydrogen specificities needs to be developed. We are working on a position paper to provide our views on the adequate system to be implemented in order to scale up the hydrogen market.
At the beginning of the year, the consortium advocated in favor of a binding target of 11% of renewable gas in the EU’s final gas consumption by 2030, inspired by article 25 of the RED II directive. We are convinced that such a target would ensure a fair distribution of efforts between Member States while decreasing production costs.

The proposed TEN-E revised regulation gave us some positive signals with the creation of hydrogen infrastructure and smart gas grids categories. We published an expertise-based position paper issuing recommendations to the Commission, notably on the need to evaluate differently the cross-border impact of biomethane projects. In addition to these policy papers and to the close dialogue with policymakers, we are revisiting the potential of hydrogen demand, as we see increased interest by many industrial consumers towards hydrogen, in particular after the announcement of national strategies and recovery plans.

Lastly, Gas for Climate is working on the launch of the Sustainable Biomethane Alliance, aimed at on the one hand at mobilising the biomethane supply chain to create large-scale biomethane projects and improving its competitiveness, while on the other hand helping to foster political support for sustainable biomethane.

It seems at the EU level biomethane, hydrogen and gas infrastructures are seen as part of the solution to reach climate neutrality. How is this in France?
The French energy system has strong specificities in comparison to other European countries given the important role of nuclear in our electricity mix. While our system benefits from low-carbon electricity, it has to face several challenges related to the increased share of renewable energy and to the operating life of our nuclear plants. The debate on energy transition in France has been focusing a lot on electricity. Our low-carbon national strategy is only built on one scenario, considering a very high level of electrification in all the sectors of the economy and very low levels of gas consumption in 2050. In an environment full of uncertainty and determined by the need to accelerate the energy transition, it is important to keep all the options open…

We should however acknowledge that France has ambitious objectives to develop biomethane on the long term (10% of our gas consumption in 2030). Great work was also done by gas TSOs and DSOs under the umbrella of the French regulator to establish a zoning methodology aiming at minimising the connection cost of biomethane installations to the gas grid after the adoption of a law in 2018 establishing the “right to inject”. The government is however giving negative signals to the gas sector with the decision to submit feed-in tariffs for biomethane production to ambitious costs reduction by 2030 and is also strongly questioning the role of gas in the building sector.
On hydrogen, there is strong political momentum in France after the announcement of 7 billion euros by 2030 in the recovery plan dedicated to hydrogen. This is excellent news, but unfortunately, the debate once again is opposing electricity and gas players.
The sector integration and the joint planification between gas and electricity systems is progressing very slowly in France, albeit deeply needed in order to minimise the costs of our energy transition to the final consumer.

What motivates you personally as chair of the consortium?
This year is a crucial year for gas and hydrogen legislation in Brussels, in order to decarbonise the gas market and make it compatible with the Green deal objectives. For the last 20 years, the main focus of the European gas community was to build a common market with a strong level of security of supply. Huge investments were made to build an integrated network delivering to the final consumer a competitive and secure source of energy. This is a great success of the European energy policy!

I am deeply convinced that, to achieve energy transition, we need to minimise the costs for the end consumer and consider as much as possible existing assets. We need also to take into consideration the economic, industrial, climate and social benefits of our energy choices.
It is a real privilege for me to deliver this message as Chair of the consortium in 2021. Gas for Climate will continue to provide analysis showing that biomethane and hydrogen have significant externalities, going well beyond the energy system and can contribute to meet our decarbonisation goals, while strengthening our industry and economy.