‘To do list’
The Action Plan put forward a ‘to do list’ for businesses and policy makers with recommendations for policy actions. The consortium recommends amongst others an ambitious EU target for renewable gas in final consumption by 2030. Furthermore, the Action Plan urges the introduction of EU harmonised rules for auctioning renewable energy subsidies and for calculating tariff-based support. Support schemes should foster a reduction of renewable gas production costs and should reward the value which dispatchable renewable energy brings to the overall energy system. The action plan also calls for measures to facilitate cross-border trade of renewable gas.

Action plan follows Ecofys study on renewable gas
The Action Plan follows a study by Ecofys, a Navigant company, published last February which showed that it is possible to produce more than 120 billion cubic meters of biomethane and green hydrogen in Europe (partly based on the innovative “Biogasdoneright model”) and green hydrogen in Europe. The study also showed that using this gas in existing gas infrastructure leads to nearly 140 billion euro of annual societal cost savings in a zero-emissions energy system compared to a system without any gas.

Follow-up
The Gas for Climate Action Plan will be further refined and updated in 2019 following additional insights and analysis into the future role of gas in a decarbonized system. Ongoing Gas for Climate analysis on hydrogen, carbon capture and storage as well as future energy demand in industry and transport will result in an extension of the earlier study of the consortium, which is to be published by early 2019. Today the consortium already published an additional analysis on mobilising woody biomass residues for production of biomethane showing that it is possible to increase biomethane production from woody residues.

Thierry Trouvé, CEO of GRTgaz said on behalf of the entire Gas for Climate consortium:

This Action Plan serves to demonstrate our clear and unequivocal commitment to the energy transition and the decarbonisation of the European gas grid. It provides recommendations on how to increase the use and production of renewable gases and how to facilitate their trade and transport and it presents our plans to 2030 with real projects that are driving the energy transition today in preparation of the carbon neutral energy system of tomorrow.”

Our study shows that it is possible to scale up renewable gas production within the EU to 122 billion cubic meters by 2050, utilizing both hydrogen and biomethane. This saves €138 billion annually compared to a scenario without any gas.” 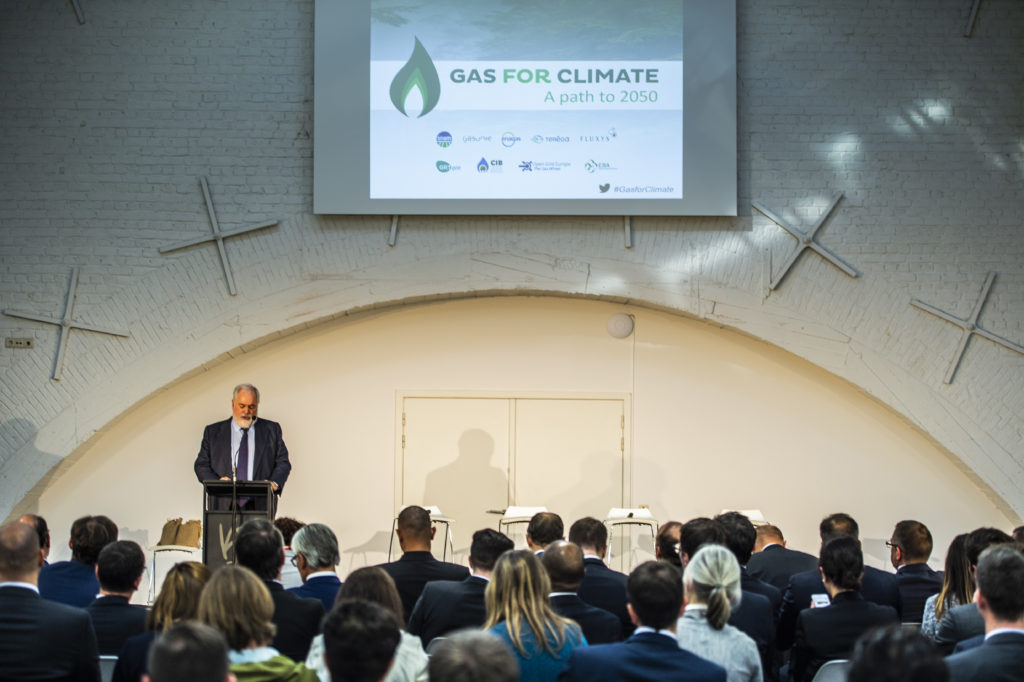