Renewable gas used in existing gas infrastructure could play an important role in reducing Europe’s greenhouse gas emissions to net-zero by mid-century, according to a study published today by the Gas for Climate initiative. Such a reduction is needed to comply with the Paris Agreement to keep global warming well below 2°C, avoiding dangerous levels of climate change.

Their study shows that it is possible to scale up renewable gas production between now and 2050 to more than 120 billion cubic metres annually, including both renewable hydrogen and biomethane. The biomethane potential is based on an early and conservative scenario on the sustainable use of European biomass potential. Using this renewable gas in existing gas infrastructure for the heating of buildings, to produce dispatchable electricity as a complement to wind and solar, and to fuel heavy transport, could save about €140 billion annually by 2050 compared to a future energy system without any gas.

We are committed to achieve net zero greenhouse gas emissions in the EU by 2050 to meet the Paris Agreement target. Renewable gas used in existing gas infrastructure can play an important role in this.

We want to facilitate a large scale-up of EU produced renewable hydrogen and biomethane that is transported, stored and distributed through existing gas infrastructure to be used in our energy system in a smart combination with renewable electricity. This will help Europe to meet the Paris Agreement target at the lowest possible costs while enhancing Europe’s energy security.” 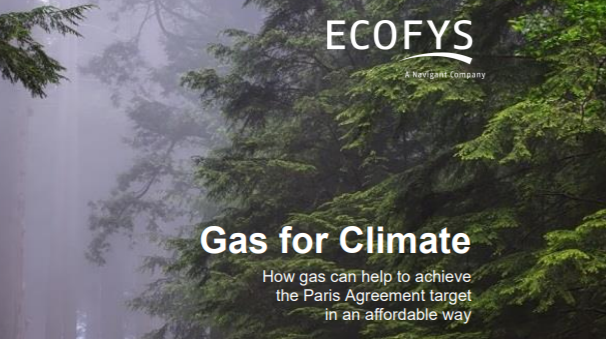